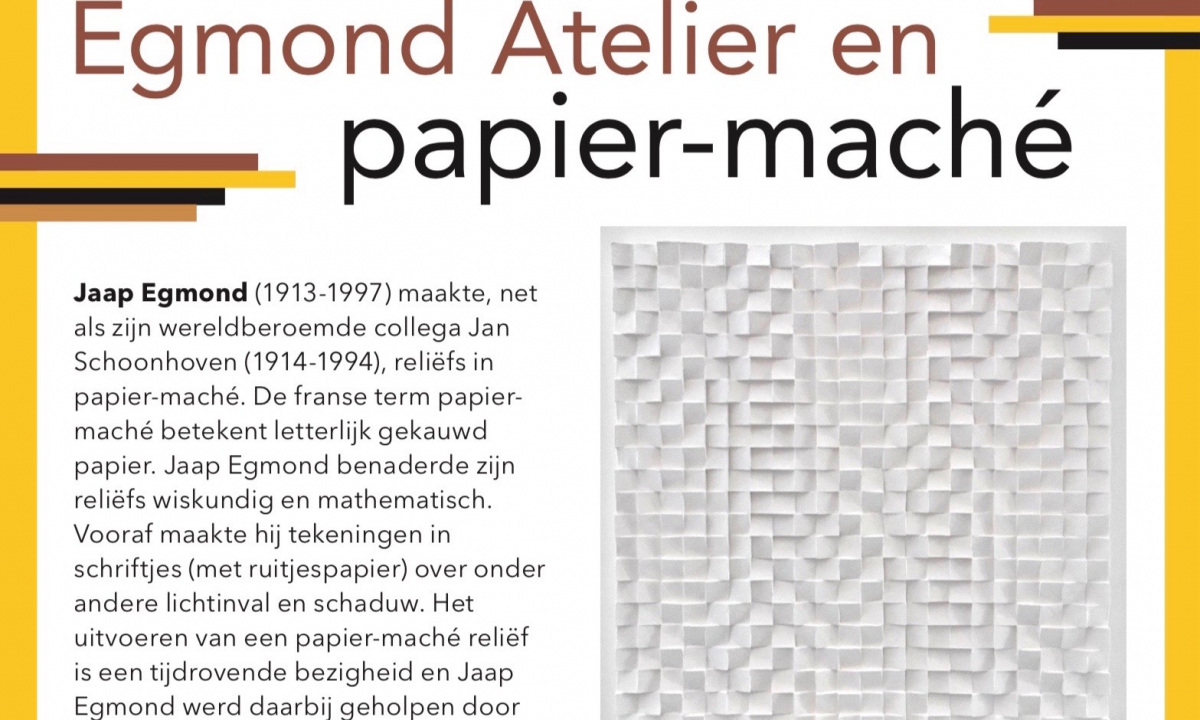 Jaap Egmond (1913-1997), like his world-famous colleague Jan Schoonhoven (1914-1994), made reliefs in papier-mâché. The French term papier-mâché literally means chewed paper. Jaap Egmond approached his reliefs mathematically. Beforehand he made drawings in notebooks (with squared paper) of the effects of light and shadow.

Carrying out a papier-mâché relief is a time-consuming activity and Jaap Egmond was assisted by his three sons Maarten, Jaap and Toon, who therefore know the process like no other. Jaap senior left a number of notebooks with designs that had not yet been executed. Maarten, Jaap and Toon (now in their seventies) decided to carry out several of these designs of their father under the name Egmond Atelier. With an astonishing result.

Find these papier-mâché reliefs by Egmond Atelier and more on our website www.wonderwoodstore.nl! 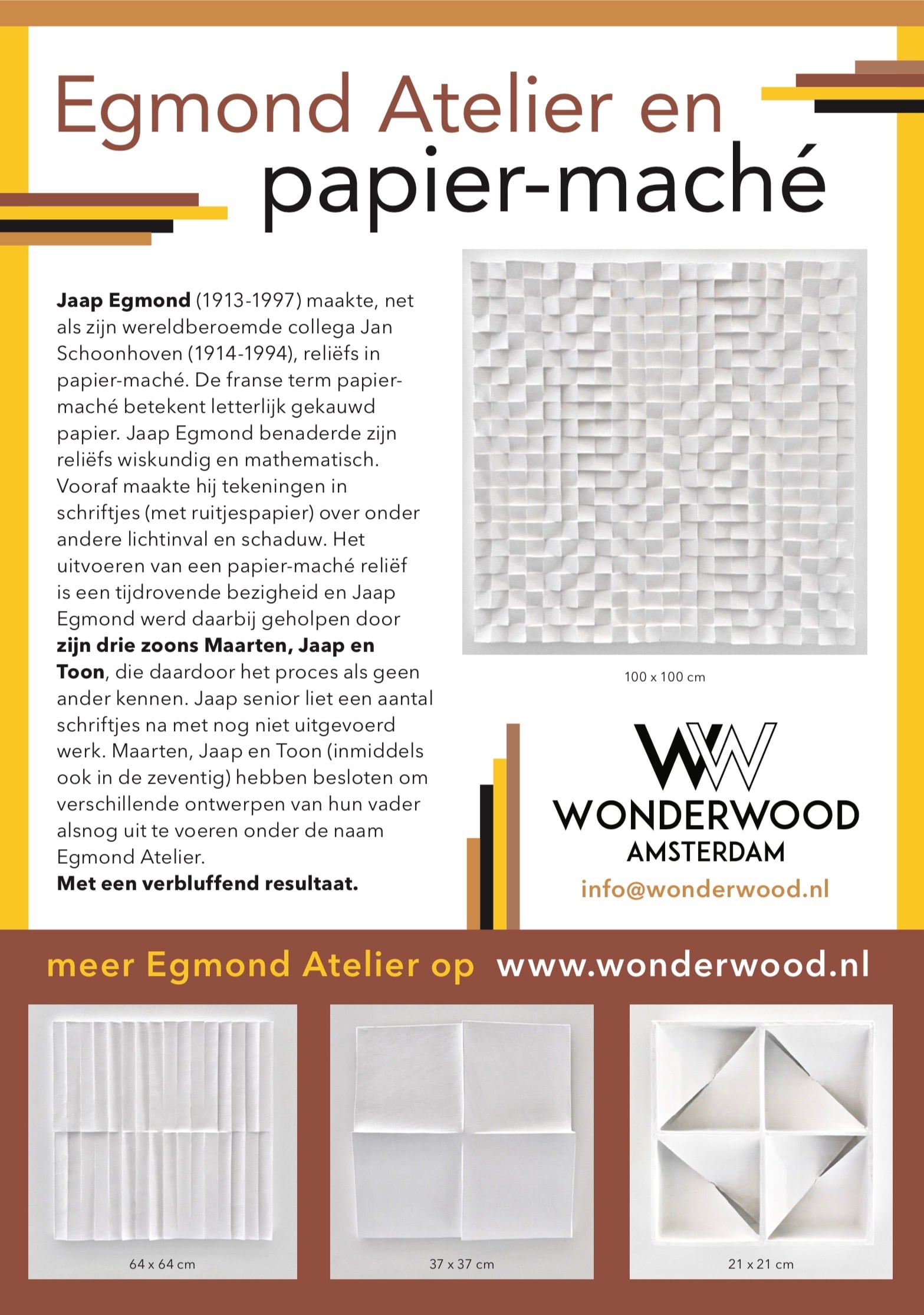